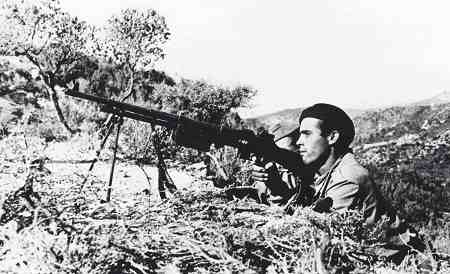 In 1936, Spain was politically divided into two camps: the National Front and the Popular Front. The Front National was a conservative party, with nationalist and fascist ideas, while the Popular Front was a Republican party, with socialists, communists, and anarchists’ ideas. Because of the opposition of those two camps, a huge conflict led to the bloodshed of thousands of Spaniards and became the forerunner of World War II. 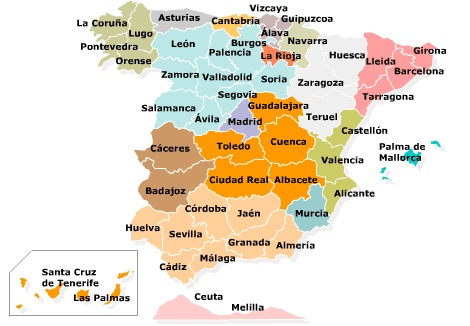 The Popular Front took power of the new government, but their actions were uncertain. Because of dissension within the majority that included different ideologies: republicanism, socialism, communism and anarchism, the promised reforms were slow in coming. Suddenly, people began to implement reforms themselves: collectivization of land and factories sometimes through violence. Community leaders and industrialists, who have no confidence in the Popular Front maintaining order, were scared. Workers' militias and nationalists competed. The country was falling into chaos.

The assassination by Republican militias of the Deputy and Head of the monarchist right, José Calvo Sotelo, triggered the civil war on July 13th, 1936. The coup d'État began July 17th, 1936 when Franco, a general in the army, took control of the Spanish army in Morocco. The government was attempting reconciliation by proposing a compromise but it failed because neither the Republican side nor the Nationalist side wanted to compromise.

The civil war became the first fruits of World War II: the Nationalist army was supported by two powerful countries, Germany and Italy; they supplied the Nationalists with arms while the Republican army had the support of Soviet Russia. Help from Germany and Italy allowed Franco’s troops to pass the Strait of Gibraltar on August 5th to join the rest of the army. They progressed to the north. Republicans counter attacked by forming columns that they used to launch an attack on Nationalists territories: the most famous of these was the “Durruti Column”, composed of fighters and anarchists lead by General Durruti (Episode 1: The Battle of Badajoz). 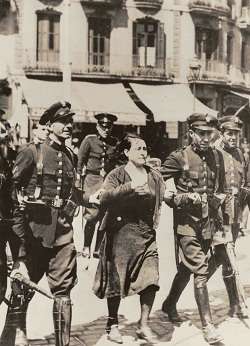 He could not stand the failure so he decided to tackle the Republican resistance in the Basque Country and Asturias. The fight progressed into the Santander region which fell on August 26th. Asturias capitulated on October 17th making Nationalists forces the masters of the entire Atlantic coast (Episodes 5-9).

Among the Republican troops’ counter-offensives, two were remarkable. The first was in the city of Teruel which led to one of the fiercest fights of the Civil War. In it, the Republicans took the town from the hands of Nationalists in the early days of 1937 but lost control after less than a month (Episode 10: The Battle of Teruel). Another was the battle of Ebro, which began July 25th 1938 but was also a failure (Episodes 11 and 12: the Battle of Ebro).

Return to Greattest Batlles of the Spanish Civil War